Blackburn Point Park, a nature lover's dream with everything from kayaking to fishing to picnicking

Blackburn Point Park’s Grand Opening Ceremony took place on April 29, 2015. It showed off all the upgrades and park improvements; all $4.4 million worth.

Sarasota County Parks did a beautiful  job on this now 15 acre waterside park after years of planning on what to do with the additional 12 acres of land they bought in this location in 2006 for almost $16 million.

Settled by the Blackburn family in the early 20th Century, the county tried to strike a balance between leaving enough wild nature to abound; they planted new palm trees, have left alone the tall Australian pine trees and have made it people friendly for everyone from boaters to fisherman to kayakers to walkers to nature lovers to enjoy. 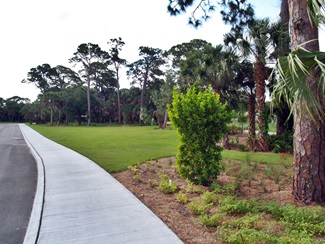 Walk the sidewalk at the park 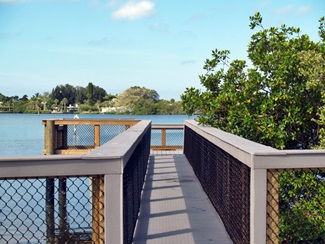 One of the numerous fishing piers

I think they succeeded nicely in striking a balance between nature and man here along Little Sarasota Bay. 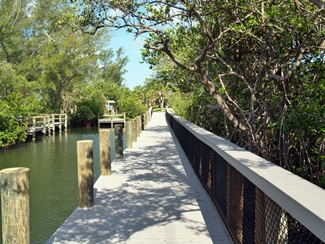 And there is plenty of wild nature to be seen. From spying an eagle or osprey nest on top of one of the nearby channel markers in the bay, a manatee or a mullet jumping out of the water, you never know what you might luck into seeing. 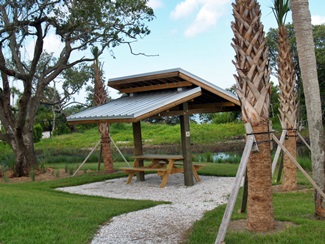 And the park was beautifully upgraded adding a 1,500 square foot restroom and vending facility with wheelchair accessible ramps, a short nature walking trail as well as a sidewalk for walkers, numerous fishing piers throughout the park, boardwalks and there are picnic areas including tables, even a few with covered shelters, spread throughout the park, and some right at waterside under the tall shady pines. 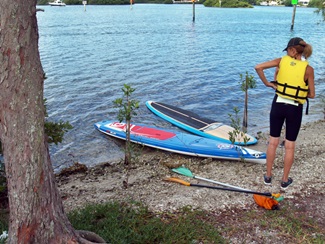 Launch your kayak or stand up paddleboard

There’s also a kayak launch area where you can also put in your stand up paddle board and I have seen fishermen wading nearby in the water off shore about waist deep in the bay.

Park your boat and trailer in one of 56 spots 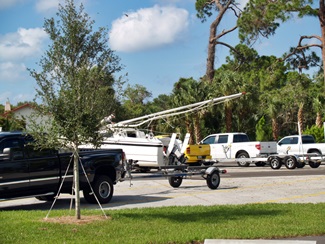 This side of Blackburn Point Park also added room for 56 boat trailers providing more access to the water for boaters plus a new two lane boat ramp to accommodate even further those who want to get out on the water. 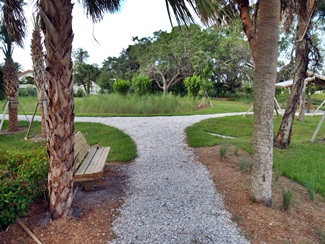 Take a stroll along the nature trail 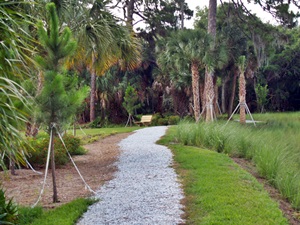 Another view of the nature trail 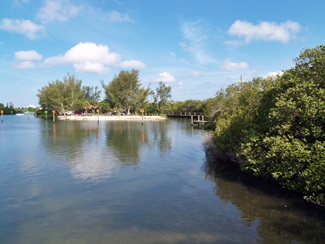 Looking across the water to another part of the park

While many who enjoy the park like to come for the fishing, boating, kayaking and walking, there are a lot of folks who like to picnic or bring along their favorite mystery novel and sit under the shady pines reading, all while being at one with nature. Simple pleasures are sometimes best! 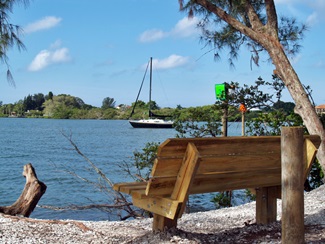 A great waterside view from a park bench

If you’re nearby in the area and you enjoy being outdoors in nature you’ll definitely want to check out Blackburn Point Park, just another one of our beautiful Sarasota County Parks. 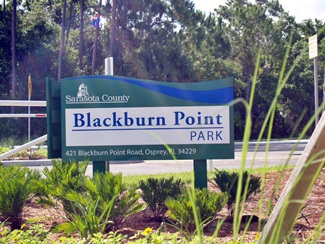