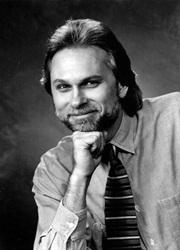 Hi and thanks for visiting www.Escape-to-Sarasota.com.

My name is John Dial and I’m a full time, year round, resident of the Sarasota area. I love the hot steamy summers here. But then I've always loved summer anywhere I've lived..and that's a lot of places!

I had dreamt of moving to Florida since the time I was a kid. June 2004 would finally be the time.

After growing up in west suburban Chicago in the 1960’s and later having lived most of my adult life as a vagabond, I was hoping to settle down somewhere in Florida sometime in my life.

Having been to the sunshine state in 1965 on a family vacation I fell in love with it as a youngster. I was here again in 1974 and returned in 1983 to Daytona Beach on another vacation and for a four day fishing weekend on Marco Island in March, 2000. Florida had been on my mind for years: to live where summer weather occurs almost all year long.

I had quite a detour before getting to Florida, however, due to my chosen field of employment. You see, I had the good fortune to have been born into a heritage of TV/radio broadcasting.

My grandfather was a sound man for NBC news out of Chicago during the days of John Cameron Swayze and Huntley/Brinkley and my dad was in off air production at a major independent TV/Radio outlet, WGN, in Chicago.

I grew up in the radio and television business during its Golden Age. And I was mesmerized by all of it as I was able to be “in the radio” and “in the TV” by virtue of being in the live studios from the time I was a little kid.

It was a wonderful way to grow up. And all my friends, kids in the neighborhood and school chums knew that my dad worked at WGN, at that time, the largest independent broadcasting complex producing live programming in the nation. I even worked there when I was older during college.

I was bitten by the radio “bug” in 1972 and by mid year 1975 I had finally made it onto the radio airwaves in small town America for my start.

Rock, Pop, News/Talk, Oldies, Country and even Big Band and Polka Music; I played ‘em all throughout the years! I met other wonderful broadcasters and great people along the way in each community that I called “home.” I met big name celebrities, too, and even became friends with one and got to sing with my music idols: The Beach Boys!

With all that moving, coupled with the virtual collapse and stagnation of the radio broadcasting business in the 90’s and later due to years of consolidation in the business, it became apparent that it was time for me to say, “I’m out of breath….it’s time to go….what’s next?”

“Next” was the founding and co-ownership in 1999 of a small advertising, marketing and promotion agency in Michigan where I was involved in the creative, production, voice-over, strategic market planning for clients, writing, business management and daily operations.

In late 2003 I saw an opportunity to sell my partnership in the ad agency. I did and by mid 2004 it was a done deal. My time to move to Florida had finally arrived. It was a dream finally about to come true, now almost 40 years in the making.

During my first two years in the Sarasota area it didn’t even occur to me to create a travelogue site about our sun coast. I was having too much fun exploring the area. I went everywhere: beaches, of course, restaurants, nature preserves, road trips, off-the-beaten-path places, near and far, looking for that "old Florida" of my first remembrances from 1965. And although the "old Florida" of 1965 has pretty much vanished with the progression of time, there are some points of interest on this web site that do recall that precious historical period and even earlier.

My adventure seeking gave me a good feel and first year "primer" on Sarasota and the sun coast. Through the years of living here my quest for adventure has not subsided.

So after a while it just seemed “natural” to want to share my blessing and good fortune of living on the sun coast, full time, with those who don’t, but who would like to come to vacation in Sarasota -- so that they would have some idea of what to look for and what to do when they get here. And I am constantly adding new material to this site to point visitors to unique places.

So, that’s my goal with this site, that's what I’m doing. And I hope you like what I’ve done thus far with www.escape-to-sarasota.com. It’s a labor of love and a work in progress that may never be completed.

And if there’s something you’d like to see on the site or have a comment, feel free to drop me a note on the Contact page.

Enjoy the site...and the little bit about me? I hope you weren’t too bored.

Thanks for stopping by. Please send a link to this site along to your friends, family and business associates. It always helps to “pay it forward.”

From About Me to Escape-to-Sarasota Home Page