The Cincinnati Reds Rally: While Ed Smith Stadium and its outlying diamonds are the “official” Cincinnati Reds Spring Training Site, there is another place where the Reds are welcomed with open arms; the streets of downtown Sarasota!

With perfect late February Florida Spring Training temperatures, a bright sun, shaded by the trees of Five Points Park, the rally was held in downtown Sarasota.

The festivities included a Dixieland Band playing away as the Cincinnati Reds made their annual appearance to an adoring crowd in front of Selby Public Library.

(It was unknown at this time that this would be the last Reds Rally in Sarasota). 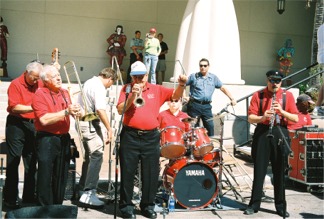 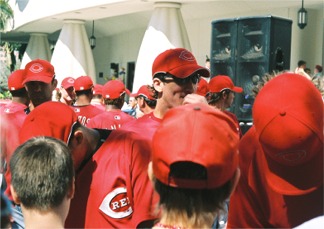 A Sea of Red...The Rally in downtown Sarasota is an annual event, opening spring training season with a meet and greet and autograph session for fans, some who travel to be in Sarasota for just this reason; major league baseball spring training with their hometown “boys of summer.” 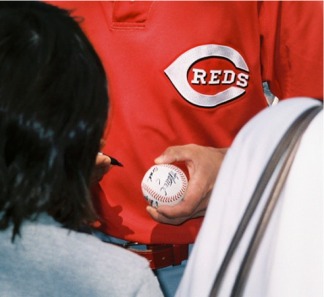 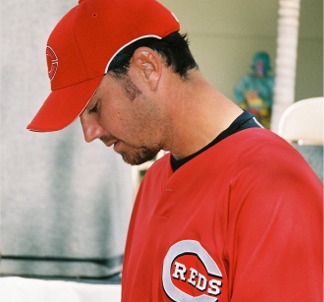 With everyone from the Reds organization in attendance from the CEO down through the ranks of General Manager along with the Manager, Coaches and Players to the colorful Reds mascots, there is plenty to see of the Big Red Machine in action, off the field. 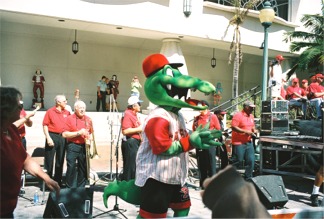 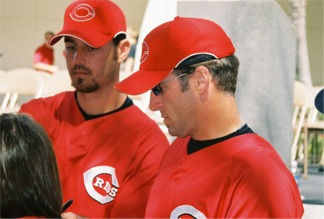 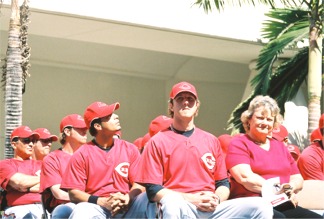 There are speeches welcoming the Reds back to Sarasota from local politicos and speeches, from the Reds hierarchy, including CEO Bob Castellini, of thanks and of high hopes for the baseball season that’s about to begin. Everyone is in a festive mood. 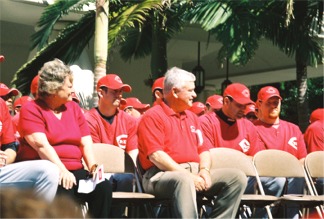 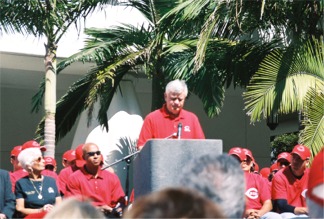 The Reds Rally wrapped up with an introduction of all the Cincinnati Reds ball players followed by a free raffle drawing for autographed baseballs. 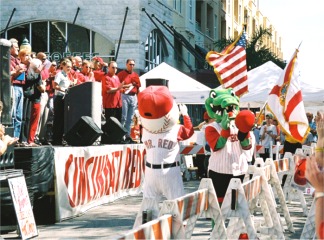 From the date of the rally it’s only about 6 weeks to the opening of the baseball season. Oh boy! I can almost smell the Red Hots and taste the cold beer now. 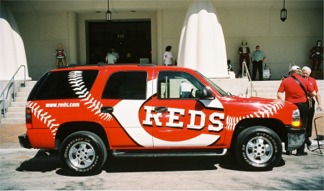 Here’s wishing the Cincinnati Reds a great season and a spot in this year’s fall classic.