Sarasota’s Nathan Benderson Park is a multipurpose location for everyone from families to a site specifically built as a place to scull and a world class rowing facility and aquatic sports center.

And those who have already been to this, the newest Sarasota Park as of this writing in 2013, to compete in events including the US Rowing Masters National Championships, all give the park the highest marks as a rowing facility and aquatic sports center.

With more than $39-million in public funding thus far invested into the park and facilities and a commitment of over $45-million, Nathan Benderson Park has become one of North America's premier rowing facilities.

Trumpets and Fan Fare: Park to Host the World

April 18 - 24, 2016, the park and facility played host to the U.S. Olympic Team Trials for rowing, a qualifying event for the 2016 Olympics in Rio de Janeiro and bringing Olympic hopefuls from all over the country to Sarasota.

In September, 2013, it was announced with great fanfare all the way from Chungju, South Korea, where local Sarasota officials were on hand, that the International Federation of Rowing Association’s Congress selected our park to be the site of the 2017 World Rowing Championships, the biggest rowing event outside of The Olympics and the largest and most prestigious rowing competition in the world for 2017.

The event, slated to be held around September-October, 2017 will bring future and former Olympic athletes together to the park; with the event will come approximately 42,000 athletes, supporters, fans and tourists over the 10 days of competition. 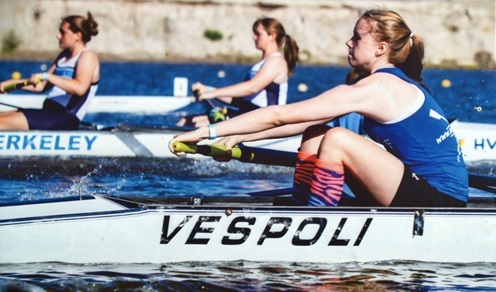 In a local interview in the Sarasota Herald Tribune in August, 2013, the events manager for US Rowing, A.J. Dominique, spoke in glowing terms about the sculling park and aquatic sports center saying: “As far as the course goes, it’s designed to run world championship-level events and it’s something we don’t have anywhere else. This is one of the few places that was built around rowing, not the other way around.”

The park, though, is not just for sculling. 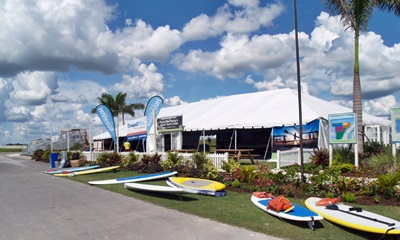 Nathan Benderson Park’s staff is also committed to other water sports like paddle board sports competitions, dragon boat races, canoe and kayak races, as well as triathlon, cross country events and much more held throughout the year along with it being a festival site.

In fact, the 2nd annual Sarasota Stand Up Paddle Board Races were relocated from Siesta Key Beach to Benderson Park, in August, 2013, with about 180 teams participating in the race which is open to all.

The park will also be the site of the FSRA Sculling State Championships in April, 2014 as well as the FIT Triathlon in May, 2014; the site has also been selected for the 2017 World Rowing Championships Candidate Venue. 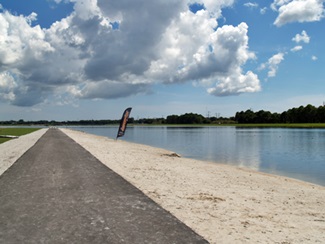 Local sculling groups that use the site for their work outs and training include the Sarasota Scullers, The Sarasota County Rowing Club and the Sarasota Crew, which finished 12th in the women’s points standings in August, 2013 during the US Rowing Masters National Championships held at the Sarasota Park. 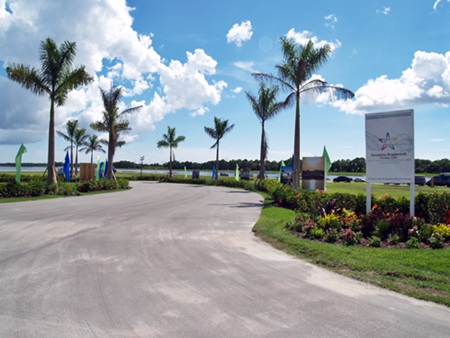 Also scheduled for the park are additional improvements such as coaching lanes, a multifunction boathouse, athlete training center and boat maintenance and testing center along with a multi-level finish-line tower.

There is also an “Olympics Village” type setting construction project still to come which will be built on a sort of “Regatta Island.” It will be constructed to provide support for the racers and a viewing area for spectator crowds, although there are stands now which will hold a large number of spectators at the water side.

A dream… a vision…a place for you and the world to “row, row, row your boat!” 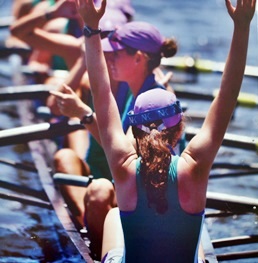 A little background: The land that was donated by the late Sarasota commercial real estate developer Nathan Benderson started out as a sand box or “borrow pit” for other nearby construction projects along the University Parkway and Cattleman Road corridor.

Along the way Randy Benderson’s dream and support of a world class rowing and aquatic sports center, along with Paul Blackketter, CFO of the Suncoast Aquatic Nature center Association and former Benderson Company employee, came to life.

There’s still more to come to the park and the immediate near by area as by late 2014 there is scheduled to be completion of a new shopping mall, hotels and restaurants and by January, 2015 all vertical structures including the boathouse and finish tower should be completed.

While still a work in progress, in the near term, Sarasota's Benderson Park is now ranked as one of the top rowing facilities in North America and it will host a world class rowing event in 2017 and more to come in the future.  And that’s pretty good for a former “borrow pit”… (and over $45-million!). 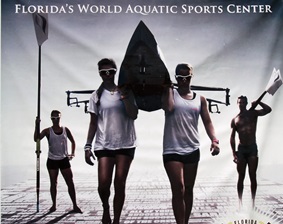 From the South: From I-75 take Fruitville Road, Exit 210. Drive WEST on Fruitville Road. approx. 0.2 miles. Turn NORTH (right) on North Cattlemen Road (traffic light). Drive approx 2.2 miles to the regatta island. Rowing facility will be on your left.