Cincinnati Reds Spring Training camp opened every year in mid - late February from 1997 - 2009. In 1997 the Cincinnati Reds assumed the lease of Ed Smith Stadium and Sarasota then became their official spring training site.

In 2010 the team began training in their new facility in Goodyear, Arizona, thus leaving the Grapefruit League for the Cactus League.

(Editor's note: We have chosen to leave the Reds' Spring Training Pages on line as a remembrance of and tribute to the Reds' 12 years in Sarasota.)

It was announced by Major League Baseball on March 12, 2020 that the rest of Baseball Spring Training Season has been suspended and that the start of the regular season has been pushed back at least 2 weeks, due to fears of the CoronaVirus. 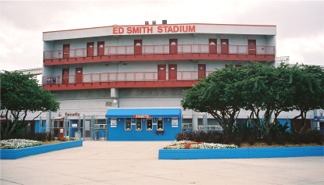 A Brief History of Baseball Spring
Training in Sarasota

How did “little, sleepy” Sarasota become one of the nation’s baseball spring training sites?

There are a couple of sides to this story; The New York Giants began Sarasota's love affair with Major League Baseball in 1924 after a group of local citizens banded together and built what became Payne Park just behind the old courthouse building at Ringling and Washington Streets. 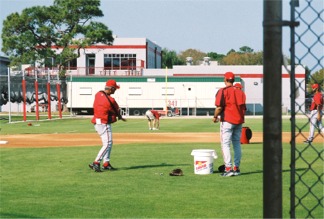 The larger story: The New York Giants were brought to Sarasota by the Giants’ John McGraw in a roundabout way due to McGraw’s friendship with Bobby Jones. Jones had some holdings in the Sarasota area and was one of the original partners in Sarasota’s Sara Bay Golf Club. 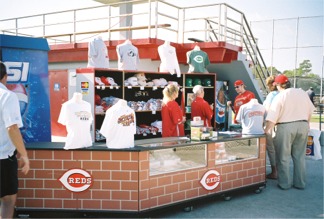 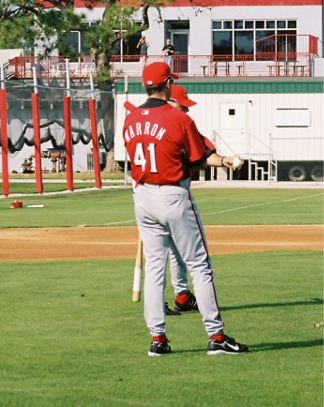 McGraw began coming to Sarasota during the Land Boon of the ‘20s and was convinced by the City Fathers to bring his club to train in Sarasota. So, the Giants came to town in 1924 and remained in Sarasota for spring training for a few years. 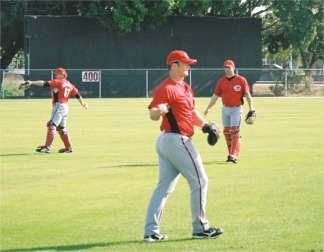 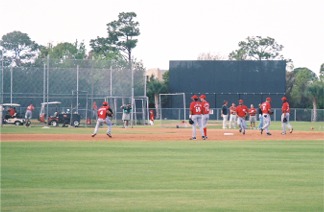 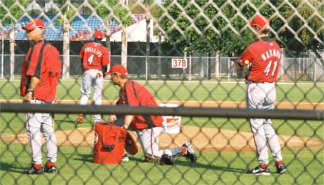 Then in the 1930's the Boston Red Sox arrived and trained in Sarasota through 1958, except during the World War II years when spring training was suspended altogether.

Sarasota hosted a few Los Angeles Dodger games in 1959 and then the Chicago White Sox moved from Tampa to Sarasota in 1960. The White Sox were the ”home” team for more than 35 spring training seasons in Sarasota, before the Cincinnati Reds came to town in 1997.

In 2010 the team began training in their new facility in Goodyear, Arizona, thus leaving the Grapefruit League for the Cactus League.

Click here to see the last Reds Rally in downtown Sarasota in 2007.

(Editor's note: We have chosen to leave the Reds' Spring Training Pages on line as a remembrance of the Reds 12 years in Sarasota.)